Last week, it was an honor for Ruth and Frank to travel west and blessed to minister in both San Diego, CA and Hawaii. Frank has now been in all 50 states and it was a privilege to minister with their good friends, Caz Taylor and Michelle Winder on KPRAZ (106.1 FM) for two full hours in studio on the popular radio show “Come Together San Diego.” They talked about current events, moral decline of America and the world’s need for the saving grace found in the Good News of Jesus. The segment even unpacked Frank’s latest book, “URGENCY!” and many were inspired by the interview. The next day, Ruth and Frank ministered at The River Family Church in Vista, CA and Pastor Matt & Amy are the salt of the Earth. God moved in a great way and souls were saved and now in talks about possibly returning soon for REVIVAL in sunny California! 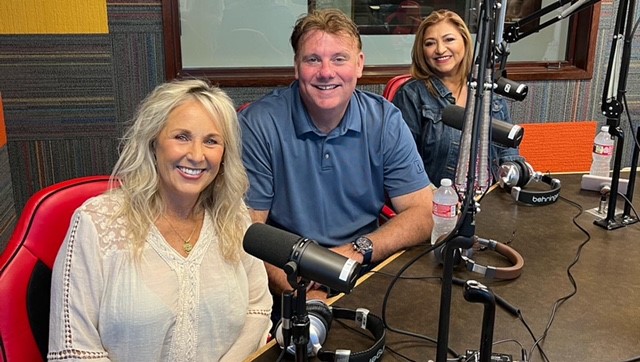 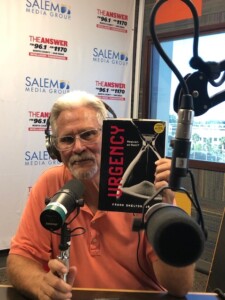 The next day, Frank & Ruth boarded a plane to Honolulu and it was their first time to the Aloha State. Indeed, it was gorgeous! Frank had been saving for a couple years accumulating his Southwest Airlines Rapid Rewards points and was able to cash in and they stayed SEVEN nights FREE at the beautiful Hilton Hawaiian Hotel. Elvis and Michael Jackson both stayed there when they visited in the past. The main purpose of this trip was to minister the following Sunday morning  on October 2 at Poamoho Bible Church near Waikiki for their service and that afternoon ministered at the Rooftop Global Encounter Summit at the State Capitol. It was a world-wide outreach with 200 cities and 70 countries participating and Dr. Dennis Prather who is the founder interviewed Michael Brewer and Frank LIVE from London, England while they were in Hawaii. The event was a live simulcast bringing believers together to see society through the lens of God’s perspective. Many conversations about Christ transpired that day during the summit. 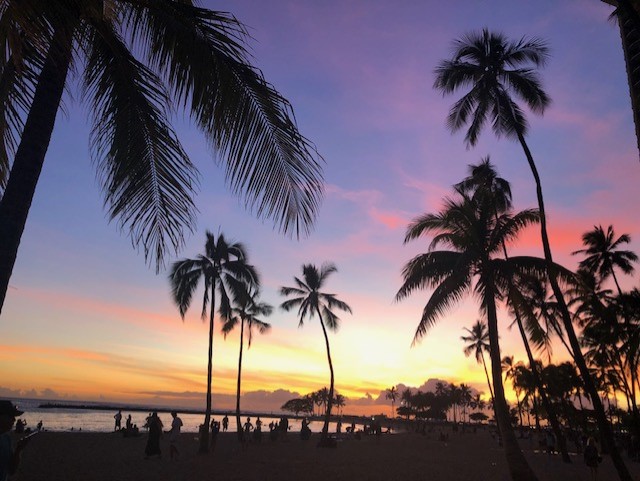 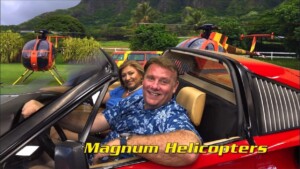 One of Frank’s all time favorite TV shows as a kid was MAGNUM PI starring Tom Selleck. All the ladies loved him and the guys loved the red Ferrari 308 GTSi. It has been Frank’s favorite car since childhood and he could never afford one but they were blessed to sit in it while touring Hawaii. Frank and Ruth were also invited to get a private tour of the convention center that Elvis gave his iconic Aloha From Hawaii special in 1973. It was the first LIVE via satellite concert aired around the world and an estimated 1.5 Billion people watched it. Reports indicate more people watched that concert live than the first American landing on the moon. Frank & Ruth were ushered into Elvis dressing room and they got to walk out on the platform he came out on stage. Elvis always did things BIG and he did love Gospel music. When Elvis entered that arena for the concert the crowd went BONKERS but when Christ soon splits the sky the entire world would be looking at the King of all kings. Even Elvis would say that there is only one King and that is Christ. #ThankYaVeryMuch 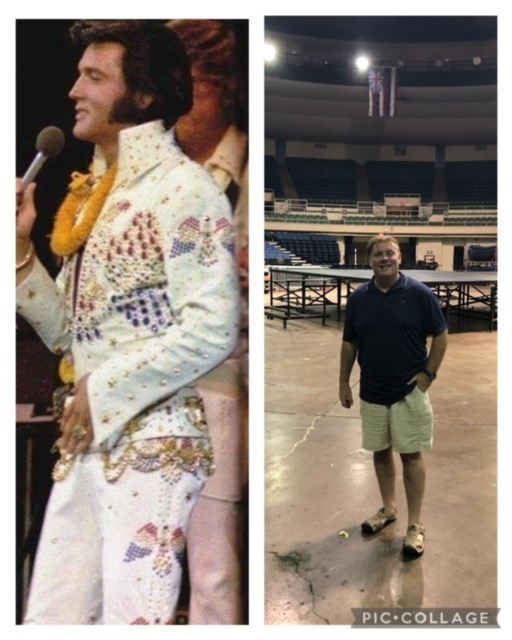