MAN UP! – What a JOY it was for Frank to preach last weekend at the first annual Men’s Conference at MorningStar Ministries in Fort Mill, SC. Former World Wrestling Champ NIKITA KOLOFF hosted the incredible weekend event and men from over thirty states packed out the beautiful facility. Another dozen nations watched LIVE online. Frank gave the keynote message on Friday and Donny Ingram from Alabama shared, “Frank, words cannot describe how much your message impacted me and my wife and those in attendance including the thousands who watched online!” God shook the place and his message was we must MAN UP, GROW Up, PRAY Up, CONFESS Up, STAND Up, LACE UP, LOOK Up and soon we are going to GO UP because The King is on His Way! Souls were saved and breakthrough was evident. Before ministering to that packed crowd, Frank was able to honor The Champ with a leadership award and the men gave Nikita a standing ovation. Grateful he took a stand to preach the Gospel and inspire men coast to coast and around the world. Consider attending a future MAN CAMP or Men’s Conference in the future. It was POWERFUL! Other speakers included the Benham Brothers who were cancelled by culture but promoted by Christ. Lt Gen. Jerry Boykin spoke and Frank also served on a panel with UNC All-American Al Wood, World Wrestling Champ Lex Luger, Nikita and Crossfire Basketball’s Randy Shepherd (pic with Andrew). Visit FrankShelton.com to read more about the action-packed weekend. 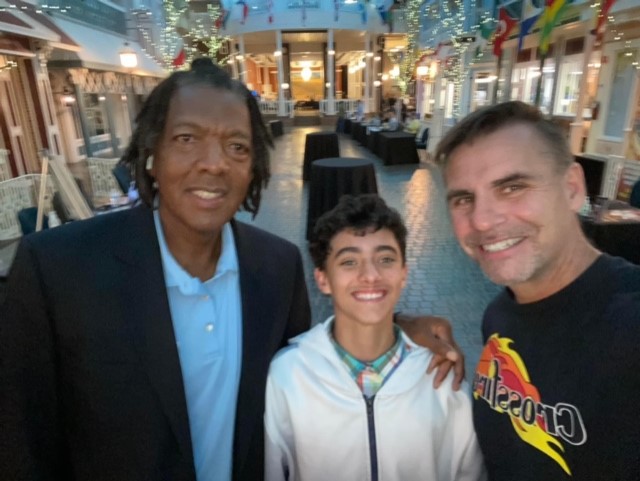 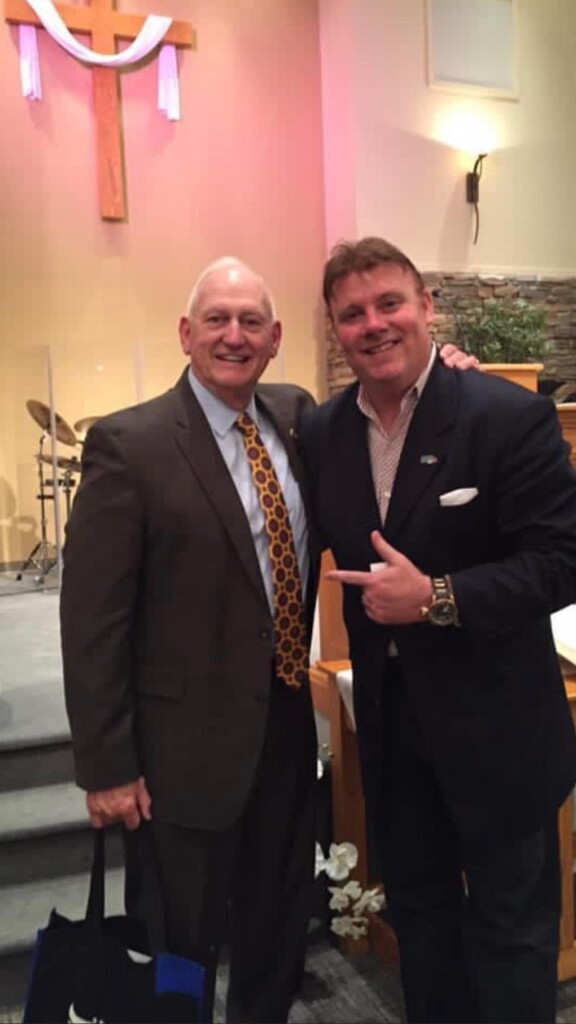 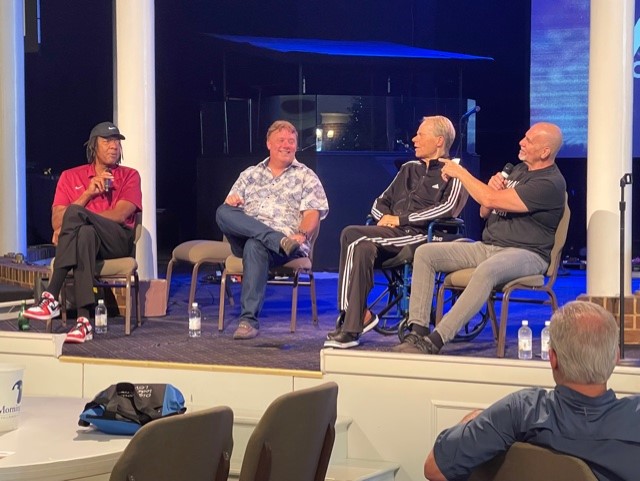 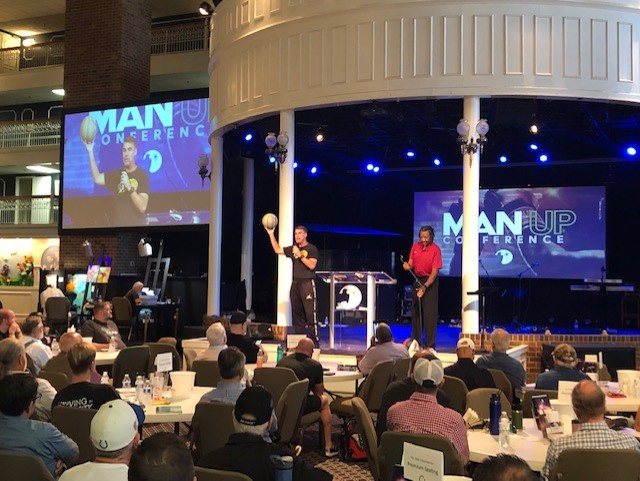 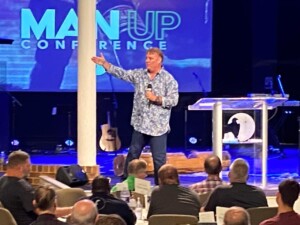 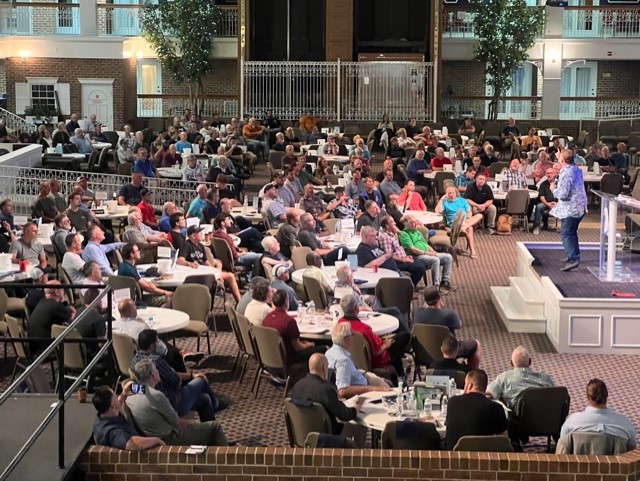 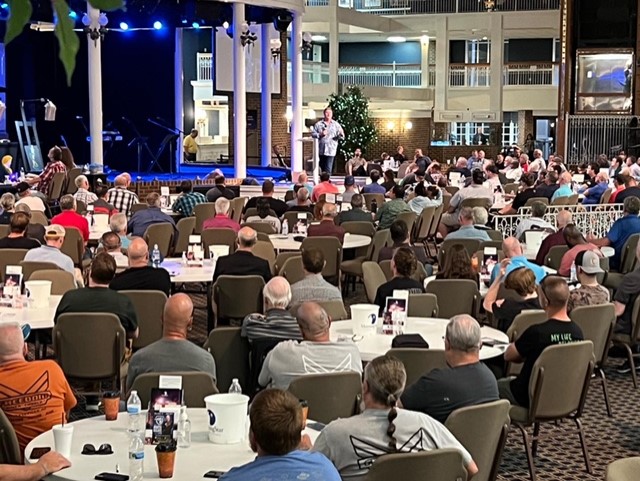 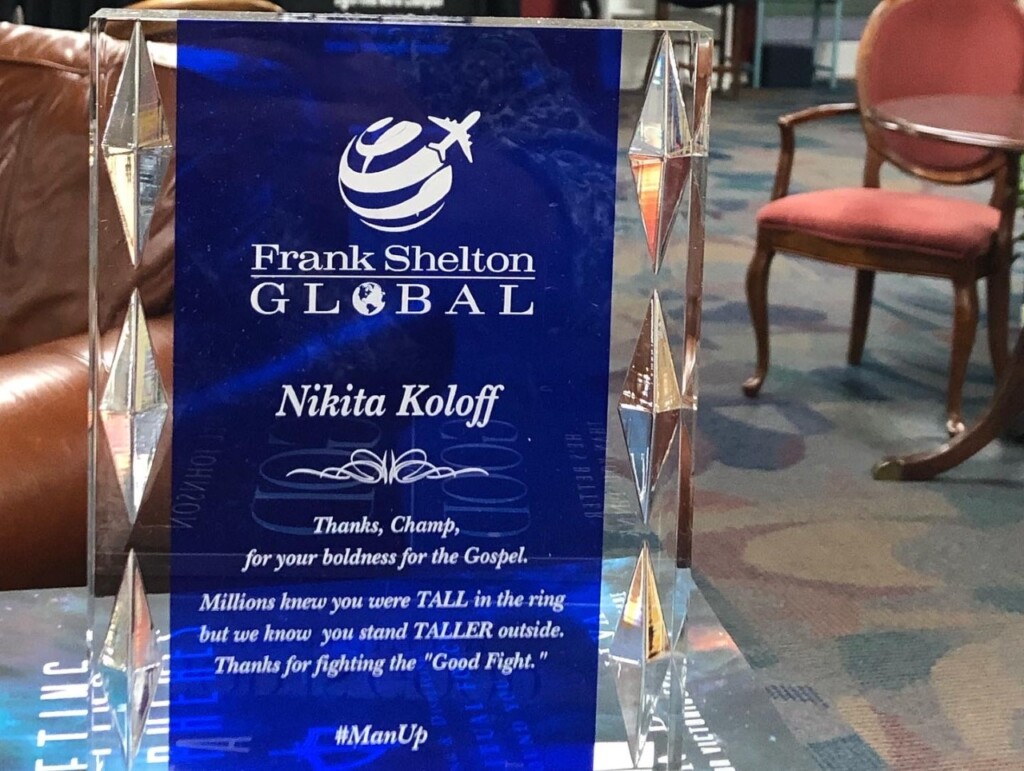 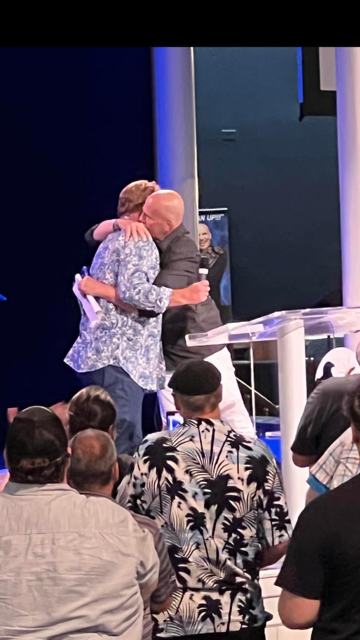 World Wrestling Champ NIKITA after receiving the award. Honored to present The Champ