Yo! It is no secret that Frank is a BIG Sylvester Stallone fan. He met Sly in Hollywood as a teen (1985) and they reunited two decades later in Vegas when he was an ‘extra’ in ROCKY BALBOA (2005). In ROCKY V, Balboa fought Tommy Morrison who in real life was a Heavyweight Boxing Champ. He was related to John Wayne, “The Duke” and he fought Lennox Lewis, Ray Mercer, George Foreman and just signed a $30M three fight deal culminating with a battle against “Iron” Mike Tyson.

The day before at the weigh in at Las Vegas, it was alleged that Tommy had HIV and was banned from boxing. The fight never happened and Tommy was a born-again Christian and he shared with his wife more than once that he felt his biggest fight would be outside the ring. He died several years later but during his autopsy it revealed that he had ZERO trace of HIV or Aids. Tommy’s widow, Trisha Morrison has been fighting for over a decade in the courts to clear her husband’s name. The case is currently pending before the U.S Supreme Court and Tommy’s son is following his father’s boxing shoes. He was currently 19-0 coming into the big fight on Friday, April 29, 2022 in LAS VEGAS. Frank has become friends the last couple years with Trisha Morrison and she connected him to Kenzie Morrison who looks just like his father. They invited Frank to be at the fight recently and be on hand to possibly minister privately before he climbed in the ring.

Trisha sent Frank the clip above of when ROCKY was training Tommy in ROCKY V. Balboa went to Father Carmine (his Catholic priest) and asked if he would throw down a blessing to protect him as they trained and fought. She was hinting that perhaps Frank be in their corner and we have only ONE mediator and that is Jesus but Frank was on the next flight last week and was at the fight. At the weigh in for this recent fight, it transpired back in Vegas. Talk about coming full circle and Frank had mailed a FAITH bracelet to Kenzie several months before the fight and the day they connected in person at the weigh in, Kenzie with a big smile showed Frank that he was still weighing the bracelet. Frank whispered to Tommy’s widow while Kenzie’s opponent was on the scale that “pride goes before the fall” and Frank sensed the other fighter would fall. Roy Jones, Jr was promoting the fight and it was delight to take the pic of he, Trisha and Tommy’s grandson. 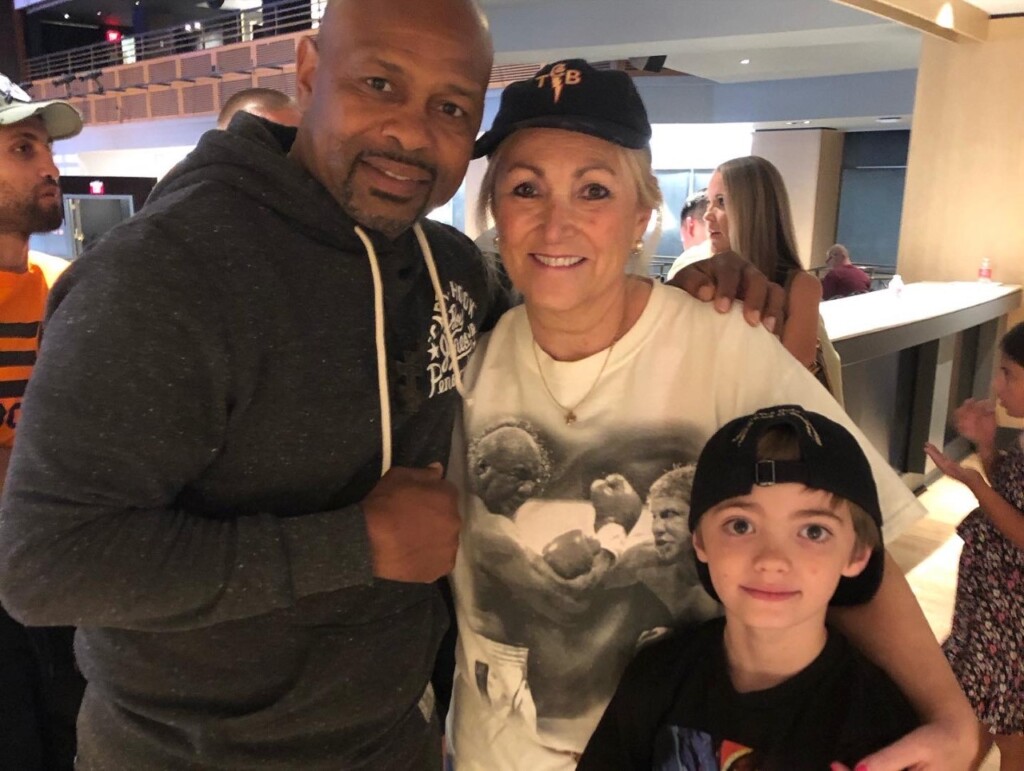 The next night, it was an electrifying fight! Sure enough, who was ringside? Iron Mike Tyson! During the fourth round, Trisha texted Frank, “PRAY HARDER!” Frank pressed in deeper to God in prayer and he knew Kenzie needed some extra help from the Lord. The crowd was on its feet at the start of the fifth round and within a minute, Kenzie after a couple incredible shots to the head and body dropped the opponent and then after two solid shots the referee stepped in and stopped it with a TKO! The crowd went wild and God answers prayer. Frank’s private prayer to Kenzie before the fight was that he would have the courage as David when he fought Goliath, that he would resemble Samson when he toppled the Philistines and the stadium would fall and that like Christ stand victorious after exiting that empty tomb on that first Easter morning. We are so proud of Kenzie and he is humble, hard working and strong as an ox. His left hook resembles his Dad and I know his father is smiling down with pride from Heaven. Please be praying for Kenzie in and out of the ring, Trisha with the pending case in court and that justice be served. 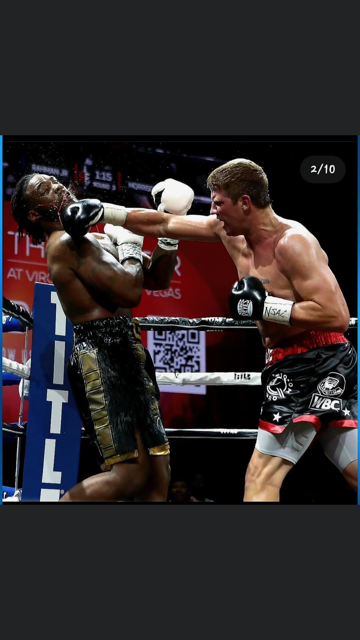 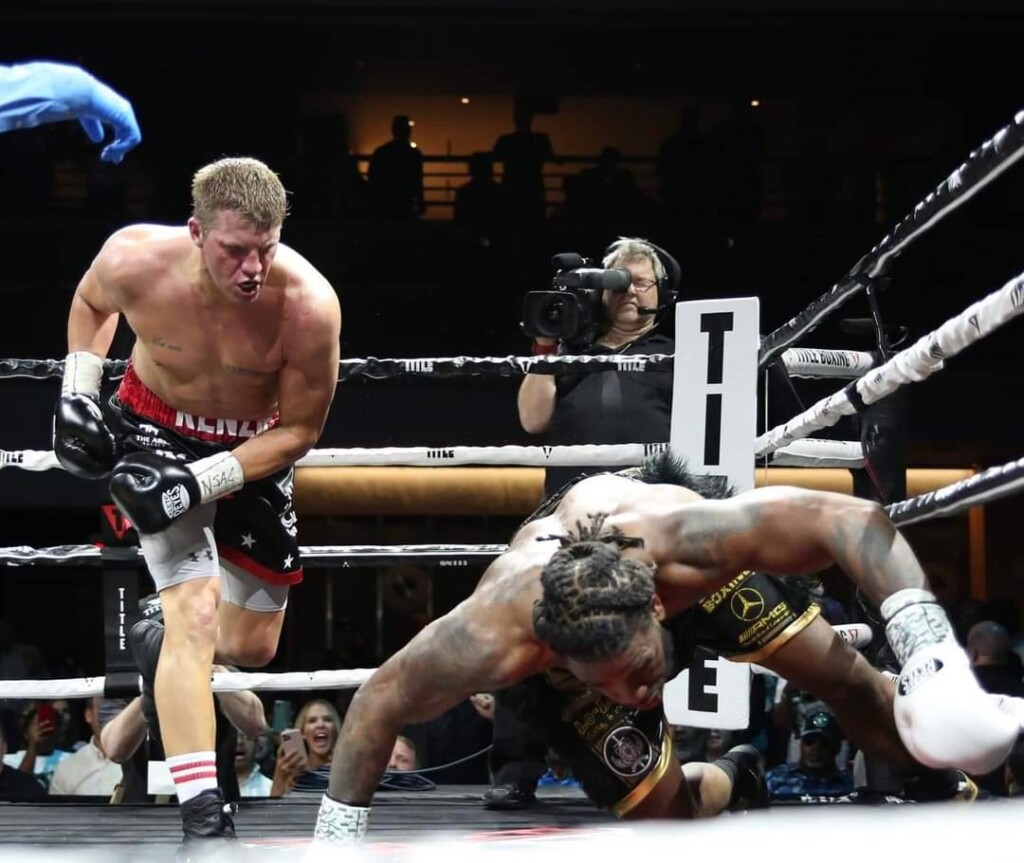 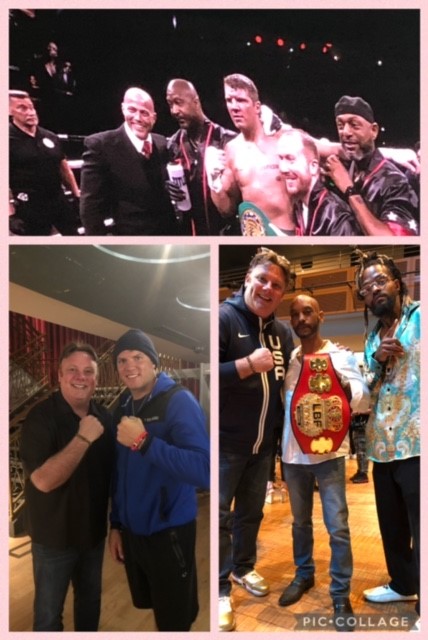 Ironically, on the last day of filming ROCKY BALBOA in 2005, Frank was asked by actor Pedro Lowell (played boxer Spider Ricco) on set if he would open up to pray for the crew. That was at Mandalay Bay in Vegas and two decades later he is asked to return and pray with the former Heavyweight Boxing Champ’s son. Hollywood couldn’t have wrote that script – God did! I can hear Rocky now, “Yo, Tommy! I didn’t hear no bell. One more round!” Just as Frank is in their corner, more importantly GOD is in yours! 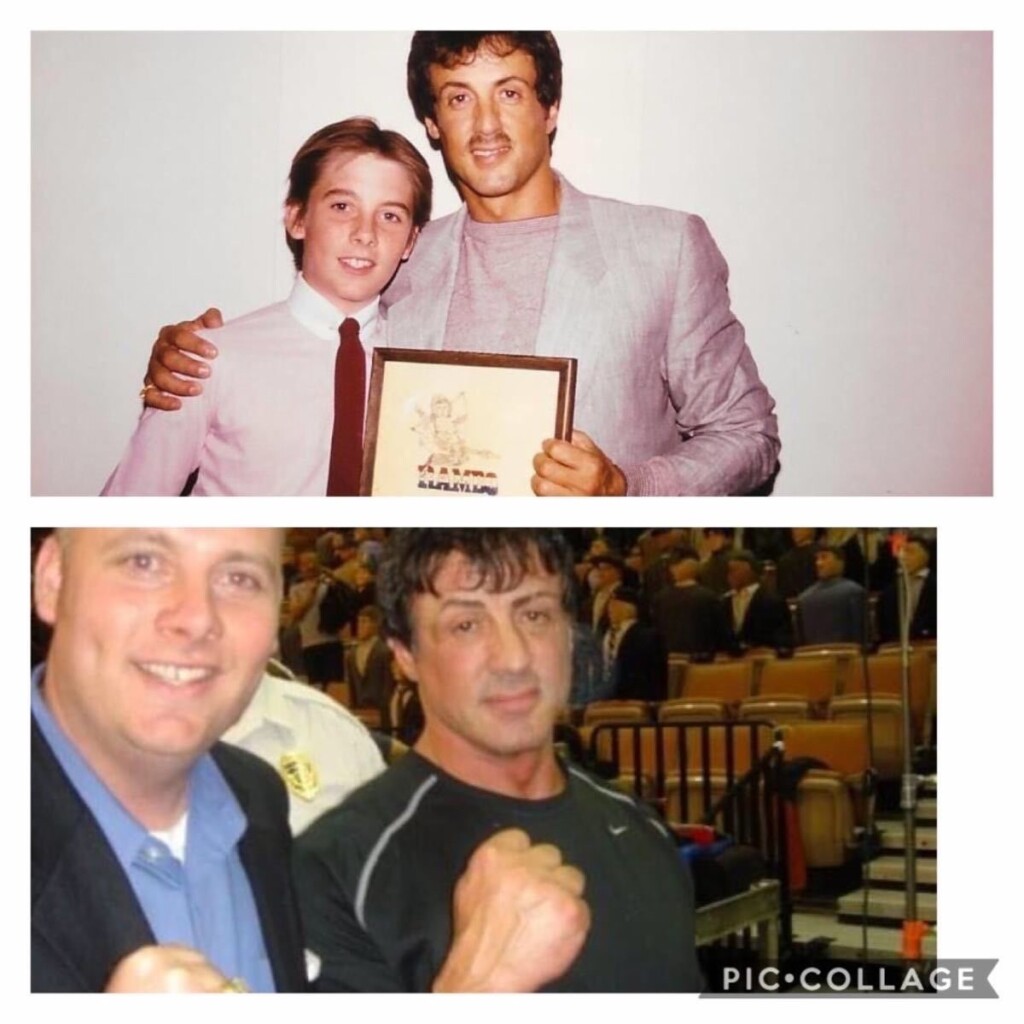