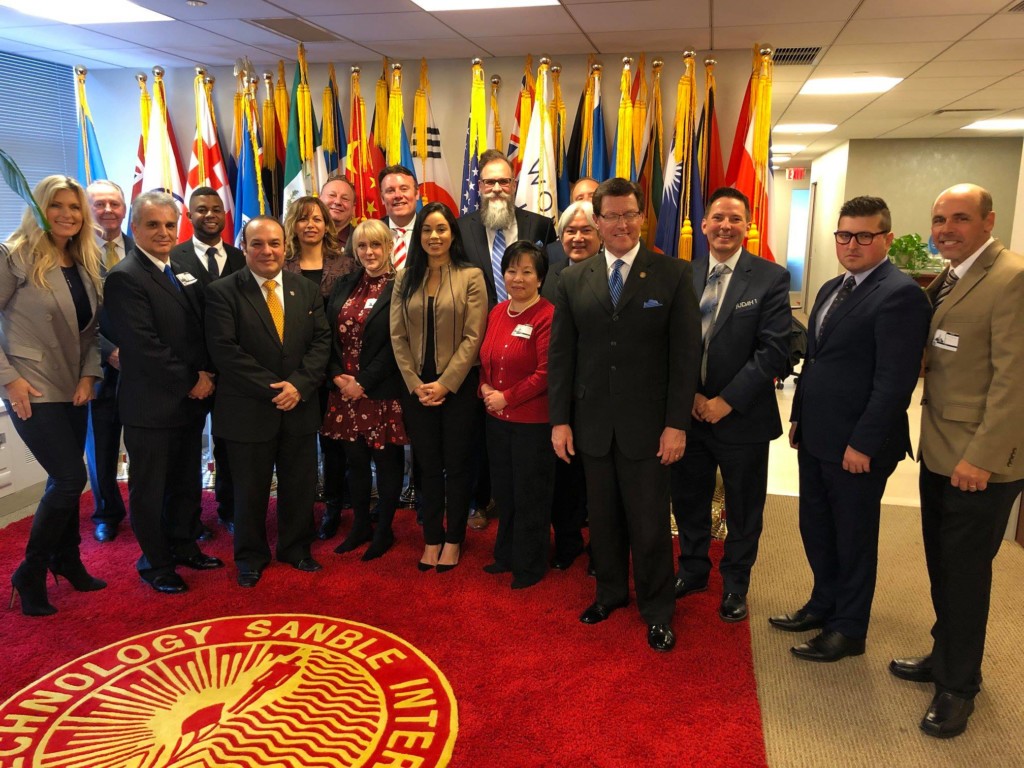 This week the Lord opened the door for a delegation to travel to the United Nations in NYC to discuss ways with Ambassador Garcia and Chairwoman Madelyn Rodriguez how we can collaborate as Christians to IMPACT culture and change the climate.  It has been said, “Evil triumphs when good men and women do NOTHING.” Christianity is NOT a spectator sport and it is one thing to be in the bleachers but as saints it is more satisfying to get in the game for God’s glory. Leadership takes the lead but recognizes OTHERS and so blessed to be a part of what God is assembling. The group above are world changers individually and collectively.

The Faith Advisory arm of the UN from El Salvador asked me to hand select over 75 faith leaders from across America who will come to the round table discussion in the coming months to see how we can dream and dare to do something much greater than ourselves. Like the Kingdom of God we wanted a diverse group and we brought folks from Los Angeles to Dallas to Tampa and Washington DC to pray, partner and participate. We had mega church pastors represented, NBA, public servants, non-profits, Hollywood actress and more! Thankful for Dr. David Kistler – chaplain to Members of Congress who was instrumental with encouragement and discernment. Watch this clip below to get more details on how it came about.

What a treat to host Pastor Matthew Barnett from the LA Dream Center and he is a champion of compassion. They feed thousands of hungry souls weekly and have a first rate drug rehab program where countless folks have found freedom, got clean from abuse and DREAM again! Matthew wrote the foreword to my second book “The Blessedness of Brokenness.” They went from pitiful to being powerful and purposeful. I couldn’t be more proud of their awesome team! 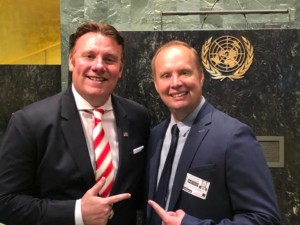 What a treat to also have my good friend and former “Young and The Restless” star, Brenda Epperson fly in from the West Coast and share her platform and passion to help the hurting and giving hope to humanity. We co-authored a book together a couple years ago “The Blessedness of Brokenness.” God doesn’t use the BEST but BLESSED! These fine folks are both the best. She also is the founder of ASCEND WOMEN’S Conference and April Osteen Simmons, Ce Ce Winans and US Rep. Michele Bachmann have been guest speakers at her event.

After our discussion on the 21st Floor of the Ambassador’s Office it was an honor to receive an award among my peers presented by the Ambassador the Special Advisor Award for the Faith Advisory at the UN. Our desire to bridge the secular and spiritual, God and government and bring pastors, public servants, professional athletes and politicians together to help bring RELIEF by day and ultimately see REVIVAL at night. In a previous lunch with Ambassador Garcia and Chairwoman Rodriguez I told them that I saw the seven continents with jet streams crisscrossing the globe. His eyes got wide and then I said those jet streams are a Christian delegation of born again believers bringing HOPE not hype to help humanity. When I worked on Capitol Hill I was invited to fly on AIR FORCE TWO three times. It is a Boeing 757 and a Congressional Delegation was known as CODEL. That would be a delegation of Members of Congress representing our great Nation abroad while building morale and relationships with other countries. This is not a Congressional delegation but a Christian Delegation and when I met Everett Aaron from Judah 1 Airlines at Pastor Rodney Howard Browne’s church I told him instantly that he is the jet stream that God showed me and will transport this Convoy of Hope to the nations! Everett Aaron is the founder of the world’s first and only Christian airlines and he desires to utilize Judah 1, to fly mission teams home and abroad bringing assistance, supplies and compassion to countries around the world. It has been said, “To the world you may be just ONE person but to one person we may do a WORLD of good.” So blessed to have my buddy, Chuck Balsamo from Virginia share incredible clarity and insight along with so many selfless saints. Chuck graciously opened the door for me to preach the last three years on New Year’s Eve at the iconic Nelson Mandela National Soccer Stadium in Uganda, Africa to over 118,000 souls. Lord willing we will be ministering more in Uganda, Kenya, Nigeria to name a few! Thankful for my good friend, Pastor Jayson Williams who is on staff at the incredible River Church and River Bible Institute School of Government and former Capitol Hill staff. Grateful for Pastor Rodney Howard Browne who donated everyone a copy of his new best seller. The greats are not only gracious but GIVERS! 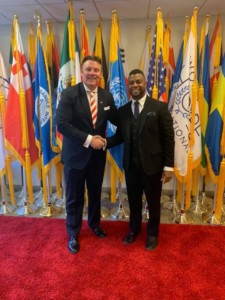 Below you can see the actual presentation and the Ambassador tapped me to begin planning ways to help El Salvador but also relief efforts locally, nationally and globally. We have already invited folks from Major League Baseball, NBA, Grammy nominated musicians, NY Times Best Seller, Hollywood, politicians, missionaries, executives, governmental leaders, aide to “AIR FORCE ONE” and more to come to the table and help. This is God’s doing and the SKY is the limit. True compassion is not only Biblical but can be bi-partisan. As a former spokesperson for Compassion International someone asked me what this effort will look like and I shared put Compassion International and Billy Graham Evangelistic Association crusades in a blender and what pours out is this faith based global initiative. Honored to start flying to the nations with these selfless saints bringing the HOPE of Heaven in Jesus Name. Help is on the Way!