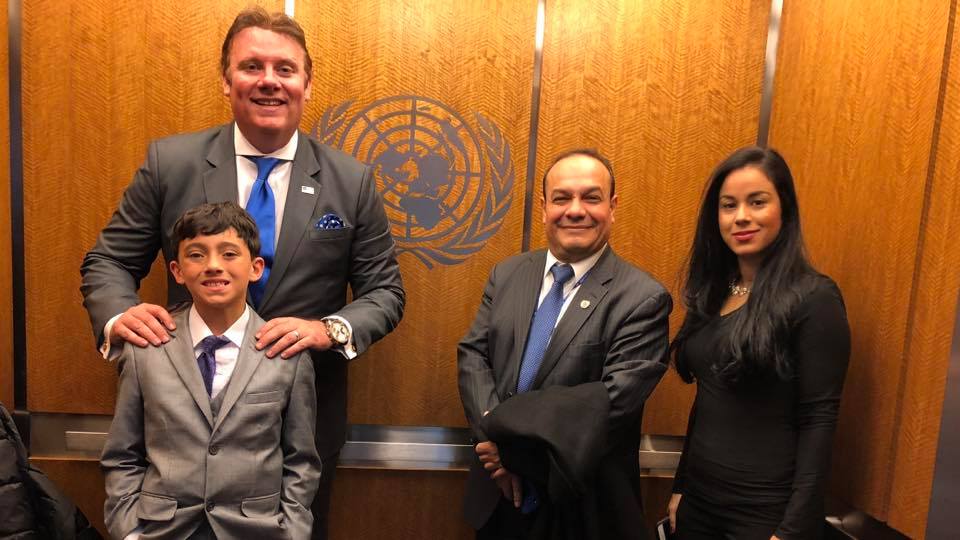 Last week, it was an honor to return and attend a meeting with the Ambassador of El Salvador at the United Nations. My dear friend, Madelyn Rodriguez is the Chairperson for the Faith Branch Advisory of the UN for El Salvador and they graciously invited me to discuss multiple projects relating to bridging both secular and spiritual entities to help bring relief and remedy to problems around the world. 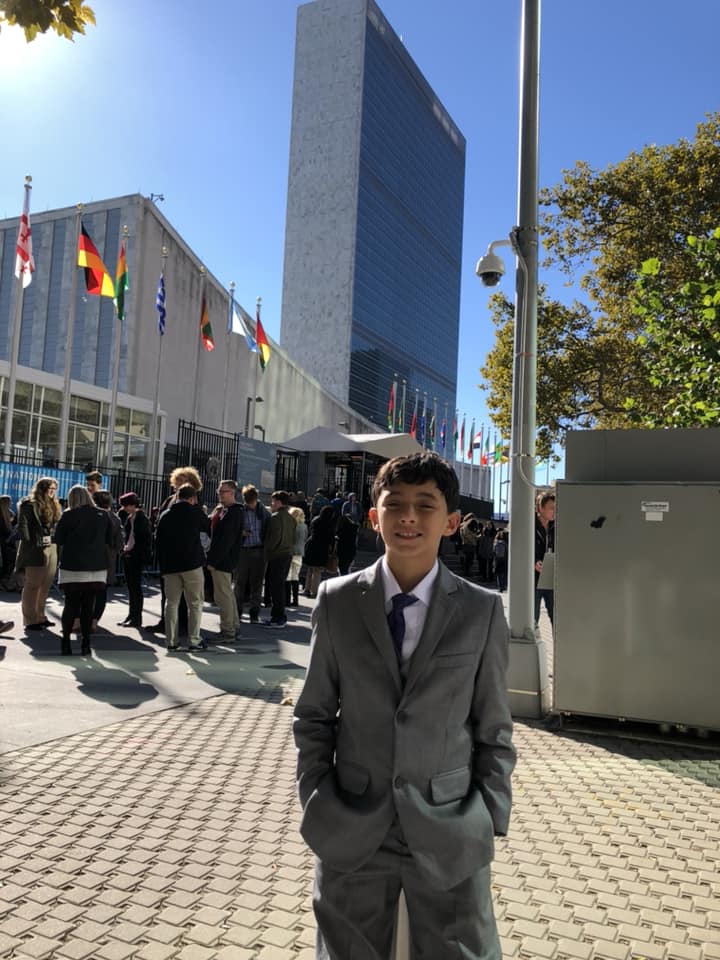 As a child, my father took me once a year in my Sunday suit to his work in Washington and he introduced me to his colleagues in the corridors of Congress, Capitol Hill and the White House and I was elated when I could return the favor for our nine year old son, Andrew to attend the meeting with me at the UN in New York. I learned that leadership and life lessons are often CAUGHT more than TAUGHT and we left our house at three am in Maryland to catch a train from Washington, DC to spend the day in the Big Apple! Andrew since birth has had a love for trains and this was his first time riding the Amtrak and we had a blast! When we arrived at Penn Station just under Madison Square Garden we both got a shoe shine and no one does it better than in New York. From there we caught a taxi to the UN and were ushered through security by the Ambassador himself. He gave us a personal VIP tour of the massive building and the view is second to none in their dignitary reception area. The furniture was gold plated and given by Qatar. 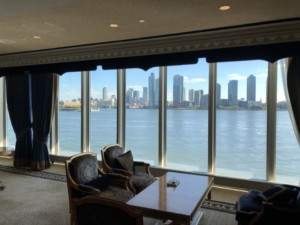 Andrew’s mother is from El Salvador and we just had the honor to stay two weeks this summer in her childhood hometown. I was blessed to preach at two churches while visiting and Ms. Rodriguez graciously opened the door for us to have a three hour meeting with the Ambassador discussing creative ways we can partner and serve together. I shared with Andrew’s art teacher about him accompanying me and she had some of her students make a quilt and Andrew presented it to the Ambassador. Just as he represents his country our little Andrew represented his classmates and servant leadership is where its at. The greatest among us is always the servant and we get ahead by reaching back and lifting others up. The greats have more than a title but also a towel and we elevate others by willing to get down ourselves to assist. Ed Young Jr said, “If we are not serving we are swerving.”

The Ambassador tasked me to help bring dozens of clergy and church leaders from across the Country to have a dialogue with their office and we hope to bring leaders from other countries from various continents to help make the world a better place. Just in the past year, I have been fortunate to visit Africa, Brussels, Dubai, England, Turkey, India, France, Ireland, Romania, El Salvador to name a few and hope to have a meeting in Moscow in near future. Thank you to all those who help pray and contribute to these outreaches and we cannot do it without you! Life and leadership is a team effort and blessed to be on the WINNING team with you.  Please be in prayer as I have the honor next month to return for the third year in a row to preach to over 100,000 souls at the Nelson Mandela Soccer Stadium in Uganda, Africa on New Years Eve. It is a privilege to return and love on those wonderful people. The Christian song is still true, “Red – Yellow – Black – White – they are ALL precious in God’s sight. Jesus loves the children of the world.”