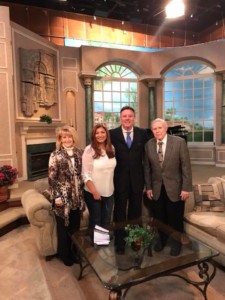 Most grateful this past week to return to Tampa, FL and minister on television and at the River Bible School. Nothing like promoting the Son in the Sunshine State! What a JOY to have Ruth accompany me and words fail to describe or define what both Christian Television Network and the River Church means to us. The Lord has blessed us immeasurably with the friendship of both CTN Founder Bob & Jane D’Andrea and Dr. Rodney & Adonica Howard Browne whom are world wide evangelists and pastors of the incredible River Church. Both couples are global visionaries and ministers that have not only ministered to the masses but ministered to ministers. They live, love and lead with excellence and their reward in Heaven will be HUGE! 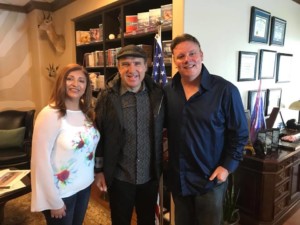 The television producer said they wanted to talk about our book “THE BLESSEDNESS OF BROKENNESS.” I use to think that we had to have it all together to be used by God but the truth is the Lord uses battered, bruised and broken people to bring healing to hurting people. God takes our MESS and it becomes our MESSAGE and when in the Master’s Hands MINISTERS to the MASSES. He uses imperfect people to promote His perfect Son and we don’t have to pretend or fake it until we make it but lovingly and sincerely share salvation found alone in the Son of God. The people I have admired most have endured the most and we find an anointing on those who have been through the storm. I shared on the show that “I have been through the fire but when you come out you are ON FIRE for Christ.” Shout out to Ken Mann who ministered in music on the program and I love that brother’s ministry. The show airs around the globe on DirecTV, DISH, cable and other outlets and you can watch it below. Thank God we find a blessing in brokenness and remember when you are DOWN to nothing JESUS is UP to something!

After receiving the invite to return to be a guest on “The Good Life” @ CTN the Lord opened the door for me to preach each morning at the distinguished River Bible School. The students are some of the most dedicated servants of the Lord and they are going to rock the world for God’s glory as church planters, missionaries, pastors, evangelists and government leaders. They are training champions for Christ and their facility and fervor is second to none. Their winter camp meeting was going on the same week (day and night) and most grateful for Dr. Rodney Howard Browne for allowing me to minister each morning in the main sanctuary. The theme for the week was “A More Excellent Way.” God met with us daily and visitors from multiple nations were present and some folks traveled for days, slept in airports and came by faith to hear a word from the Lord. Pastor Rodney is an incredible preacher and powerful evangelist and multiplied millions have responded to the Gospel during his ministry. In 1999, he booked Madison Square Garden and preached six weeks for a revival at the iconic venue and scores were set free, inspired in the ministry, saved by God’s grace and and left with a burden to reach their respective neighborhoods to the glory of God. Lord willing, he is returning next year back at MSG for the twenty year anniversary (2019) and this Spring he is flying to South Africa to preach a massive crusade at a cricket stadium. God has used him more in his spare time than many in their life time and the Lord has honored he, his wife, family, incredible staff and church family to reach the world before its eternally too late. 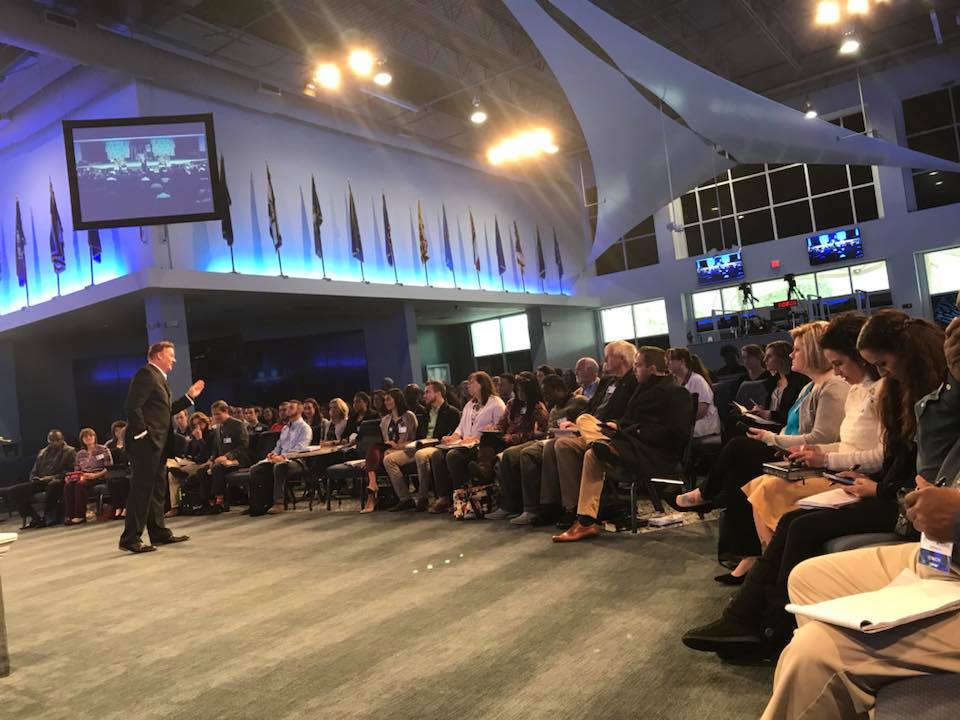 Praise God we had great liberty preaching each session and the FIRE fell. Without question, we find FREEDOM in Christ after repenting of sin and accepting Him by FAITH. I have read recently that Florida has a massive epidemic of snakes down south and a python spirit has tried to strangle folks symbolically, literally and spiritually speaking to not complete the call of God on their lives. However, we find liberty in the Lord and freedom in saving faith in Jesus. Our country and world needs a fresh touch from God and part of the problem is when people and pastors don’t think we need revival. I want to encourage Christians and clergy to share their faith, invite folks to a personal relationship with Christ and encourage others to be your guest at church because it is a Biblical mandate that found people should want to find people. PRAY for Pastor Rodney as they travel to Africa and for CTN as they continue to share the Gospel and air sermons around the world. Jesus was dying to meet those who yet not know Him. Heaven is found in Christ alone and let’s bring others with us because it is one thing to keep the faith but everything to SHARE the faith and praise God we don’t have to be perfect to be used by the Lord. Better to be a good example than a poor excuse. What is God calling you to do? #LetsRoll