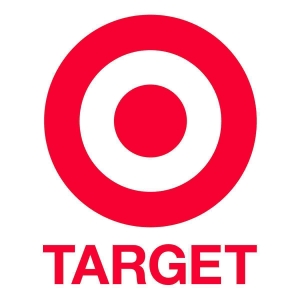 People ask me periodically why I shop at Walmart? With a smile but no less serious I share as a preacher of the Gospel I already have TARGET on my back! The truth is we are marked men (and women) when we live for God. The Bible reminds us “We are not ignorant of Satan’s devices.” He is a sick snake and destruction is his game and loser and liar are his names.

The fact is, I frequent both stores (Walmart and Target) but the threats of the enemy are real. Very real. We should not cower in defeat but its imperative to put on the FULL ARMOR of God from the feet up. From head to toe we need to be dressed for both worship and WAR! Many don’t want to hear this or believe it but we are in a fight. Life is a fight. The Apostle Paul reminds us to “fight the good fight.”

Despite having a bullseye on my back and a walking target for Satan’s attacks I must confess that “EVERLAST” is tattooed on my forehead. Some days I feel like a preacher and other times I feel like a punching bag. What was confusing for so long were some of the most insensitive comments come from carnal and complacent Christians. You expect it from the “lost” behind but its dissapointing from believers out front. Too often, I have encountered folks who want to take “cheap shots.” My Uncle Bobby Shelton played three seasons with the Detroit Tigers (AAA) in 1967-1969. The Tigers won the World Series that last year and he just missed out getting a ring. It has been said “the loudest critics come from the cheapest seats.” I have also learned those that bring the least to a meal demand to the eat the most. #Hello

Some Christians actually think that its their duty to be negative all the time. Pharisees actually have their own police force and they are called Sadducees. Its SAD, YOU SEE because they believe they are agents of the Almighty but actually pawns (and punks) being used demonically. The Bible notes: “You were running well – who HINDERED you?” For years, I thought it was the lost but too often its some of the Lord’s own. We can and must do much better.

Pharisees resemble “kit cars.” They are all show but no go! The Bible says “Life and death are in the power of the tongue.” We have to be very careful with our comments. A friend once shared with me that “most folks want you to do well but not real well.” Jealousy is LOUSY! Notice the last five letters spell “lousy” in the word jealousy. Dr Johnny Hunt said in a sermon that almost everytime he gets up to preach someone wants to complain or criticize en route to the pulpit. He equated it to someone vomiting all over him and too many people get a “high” taking cheap shots at others. Ironically, most of the hits are not over personal sin but the attacker’s lack of devotion to Christ. Anyone can be a critic but it takes discipline to be creative. Without question, new levels equate to new devils. Don’t be a pawn on Satan’s chess board and used to hurt others not even realizing it. Be a WINNER not a whiner.

So with “Target” on our back and “Everlast” embroidered on our head it is easy to take some serious shots. People see your platform but oblivious to the price or pain it takes to stay there. Joyce Meyer said: “Folks see the hour preaching on stage but not the 23 hours of Hell that come with it.” I am convinced its better to die a compliment than live a complaint. In war, the problem with ENEMY FIRE and FRIENDLY FIRE is that both kills soldiers. Its noble to take a bullet fighting the Taliban but its harder to explain to the parents and spouse of a soldier killed in line of duty that it was from one of our own. The first is a sacrifice but the second is senseless. As kids of the King we must be mindful we are serving in the Army of the Lord.

Insecurity and jealousy are two cancers that are spreading like wild-fire. Some folks couldn’t compliment another if their life depended on it. I have been fortunate to preach several times in Pennsylvania and I have had two dear preacher friends on different ocassions tell me in that region in the mid 1940’s, a young Billy Graham came to town and what he ran into almost halted his ministry. Opposition came out of the woods and some folks didn’t want his crusade or evangelism coming to town! What floored me was that the resistance were not from atheists but believers whom were not walking in the Holy Spirit. A demonic spirit of competition, jealousy, lack of team cohesion, territorialism and down right sin in the camp was trying to stop the evangelistic outreach before it started. Billy Graham was so distraught that he contemplated if he missed the call of God on his life and in his own words “considered throwing in the towel.” Grace, Grace – God’s grace is not only greater than our sin but the shortcomings and cold shoulders of others and fortunately he pressed on. In 1949, God put Dr Billy Graham on the map when his tent revival in Los Angeles exploded and catapaulted him to preach nationally and globally. Two weeks ago, I returned and preached in PA and the pastor told me again that those rare souls still living whom caused the ruckus six decades ago still walk around piously as if with a badge of honor bragging “We almost derailed Billy Graham’s ministry.” What’s worse is they are convinced they were doing the Lord’s Work. God help them!

Satan throws enough at us. Let’s be more careful with our words to each other. After all, we will have to give an account for every idle word that proceeds out of our mouth. My buddy, Tony Nolan said it best “Persecution is a believers perfume. God help me wear it well that others may smell the fragrance of Christ.” Just because Christians or clergy “preach the fruit of the Spirit” on the weekend doesn’t mean they (we) are operating in it during the week. They are human too and its a chance for us to minister to them even when they are dead wrong. Christ even prayed from the cross “Father, forgive them for they know not what they do.”

I had the pleasure to speak with Warren Wiersbe on the phone years ago and I recall a statement “99% of all criticism is rooted in jealousy.” Friends, if we have grace inside we need to grow up and give it out to all whom we meet. PRAY for those around you and speak LIFE into folks not death. Jesus is the giver of life. Let’s walk and talk like it.