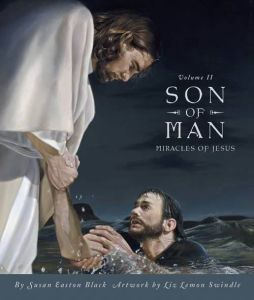 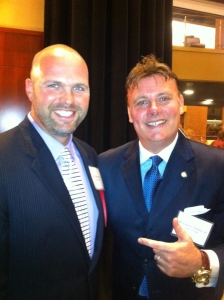 Last month, on a leisure Friday afternoon I took my son, Andrew (turns four in January) to see “NEMO in 3-D” at the theater. It was a spur of the moment, un-planned, Daddy-Son date. Our 20 year old theater in my hometown of Waldorf, MD finally got a makeover adorned with brand new, red leather reclining chairs and they are nice. REAL NICE!

We bought the tickets and were given two complimentary glasses to wear when the movie came on. The previews started, the lights turned dim, cell phones were off and then the matinee began. For the first hour, I couldn’t get Andrew to wear the FREE 3-D glasses if it were to save his life. He was completely content to watch the movie without them. However, he was oblivious that the glasses were designed to actually help not hinder the experience.

If my life depended on him wearing them then I would have died a failure as a father. Today, at age 40 when you have been “down the block” it just means you lived long enough to know what’s around the corner. Having been to a few movies before (and experienced firsthand 3-D glasses) I wanted him to enjoy the full-effect after all I PAID for them! The Lord spoke to my heart and said on our own little Daddy-son date: “Frankie, so many of my children go thru life doing the same exact thing but on a spiritual level.” I didn’t need a further explanation. I knew exactly what my Heavenly Father was telling me during that movie. He spoke LOUDLY in that silent theater.

It has been said: “The day we become a Christian we receive all there is to have of the Holy Spirit but the problem is so few have allowed the Holy Spirit to have all of us.” We have been bought with a price, our pardon paid in FULL and we are content to not TAP IN to the power of the Trinue God. Many are content with watching God from afar but not UP CLOSE. We buy the lie that cloudy is clear and not that HD is really Him. We got the two dimmensional God (Father & Son) but don’t appreciate God in 3D (Father, Son & Holy Ghost). FAST FORWARD to this weekend I had the privilege to return to my alma-mater at Gardner-Webb University in Boiling Springs, NC. Last year, it was my high honor to be named a 2011 Distinguished Alumni. They picked less than a dozen out of the 100 year history of the college. When I arrived on Saturday night (Oct 27, 2012) my college buddy, Clayton King was awarded this year and he’s one of the men that I admire most. That brother runs circles around me in ministry! We have been friends for over 18 years and we sat side by side for dinner at the awards banquet and after he was presented with the other graduates from the past they gave me the honor of delivering the benediction in front of our college President, trustees and accomplished alumni.

If you are not familiar with Clayton King, you need to because that brother is ON FIRE for JESUS! Clayton is the Campus Pastor at Liberty University in Lynchburg, VA. President of Crossroads World-Wide based out of Boiling Springs, NC as an international evangelist and teaching pastor with Pastor Perry Noble at New Spring Church – 25,000 member congregation in Anderson, South Carolina. Pastor Steven Furtick of Elevation in Charlotte, NC was an intern for CK before God raising him out to start one of the fastest growing churches in America. It has been one of my greatest privileges in life to see God use him nearly three decades ago what many in Christianity are finally seeing God’s hand on him. Recently, Clayton posted a blog about EXPERIENCE or EXPOSURE. One can have an emotional exposure of church that is ephermal but EXPERIENCING Christ personally is ETERNAL. A touch from Jesus changes EVERYTHING!! Clayton’s recent post is brilliant and read exerpts of his blog below (highlighted).

“Have most professing American Christians been EXPOSED to the RELIGION of CHRISTIANITY or have they EXPERIENCED the REALITY of CHRIST? The difference between these two is staggering. Exposure to the religion of Christianity is something that we all have in common. Exposure comes in all flavors and forms: vacation Bible School as a kid, a sleepless night tuned into a TV preacher on a local cable access channel, a CNN special on Evangelicals and politics, seeing Billy Graham address the nation at the National Cathedral after September 11, or a Switchfoot song played over the speakers during a meal at Chick-fil-A. All of these things expose the individual to elements of the Christian religion, and in a nation such as ours, we can expect this type of exposure to continue.

But when someone confuses Exposure with Experience, the results are not just devastating; they are deadly.
Experiencing the reality of Christ brings more than feelings of religious liberty or even a sense of goodness. One can be exposed to facts about abortion, stories about how long Noah’s ark was, testimonials of deliverance from addiction or voting habits of Baptists in Tennessee, and never once personally Experience the breath-taking grace of God.

It’s like this. My entire life I wanted to go to the Grand Canyon. It became an obsession. My Exposure to the Grand Canyon began in books I read in elementary school. The pictures mesmerized me. Then later I watched specials on PBS where they actually showed videos of it; covered in snow, during thunderstorms, people hiking to the bottom. I had taken everyone else’s word on how magnificent it was. But until I experienced it for myself, it was just a shadow and a rumor.

In 1994, I drove to Arizona with two good friends, and when I got my first glimpse of the Grand Canyon from our moving vehicle, I nearly hyper-ventilated. When I stood atop the edge of the North Rim and let the breeze hit me in the face off the Colorado River, I was ruined. 24 hours and 15 miles later, I had my sore, blistered feet submerged in those icy cold waters. Every day for the next two years, that giant hole in the ground called me back until the summer of 1996 when I rafted the upper half of the Grand Canyon. It still was not enough. I returned in 2000 with my new wife. We hiked the South Rim and rafted the lower half. And I have been back 5 times since 2000. The Experience surpassed the Exposure.

Exposure to something great is not the same as experiencing it for yourself. Hearing the stories of Jesus does not mean you believe them to be true. You will never know how good Jesus is until you quit looking at pictures of Him, watching movies about Him, and listening to others talk about Him and you experience His grace personally. Don’t take my word for it. Experience Him for yourself. Taste Him and see that He is good. The real Jesus is even better than the stories and the pictures (blog from CLAYTON KING).”

In closing, until this weekend Ruth had never been to Asheville, NC. Fall is our favorite season of the year. I had been to the Biltimore Estate twice but tried to describe it to her. Baby Andrew and her made the trek with me en route to Gardner-Webb University and we stayed one full day in Asheville and toured the largest home in the Western Hempisphere. This past Saturday, we all graduated as a family from exposure to EXPERIENCE to witness the 250 bedroom, 175,000 square foot castle on 8,000 acres in beautiful North Carolina. Ironically, this majestic mansion may resemble a shack compared to faithful servants whom have served our Savior. Jesus said: “I go to prepare a place for you. In my Father’s House are many mansions. If it were not true I wouldn’t have told you so.”

Ask the Lord what you may be missing out on when it comes to His Deity, mercy and/or intimacy. Last year, I had the pleasure to meet Gordon Mote whom for the past few years was the pianist for the Gaither Homecoming. Gordon is not only BRILLIANT but blind. He penned this song below entitled “Don’t Miss the Glory.” Ironically, those without vision tend to SEE things most of us overlook. Friends, you could miss the Glory if you have only been EXPOSED to Christianity but not for those whom EXPERIENCED Christ personally “by faith.” Today, taste and see that the Lord is good and regardless if you need lasik or not I would recommend enjoying God through the glasses of grace because nothing in life compares to JESUS in HD. 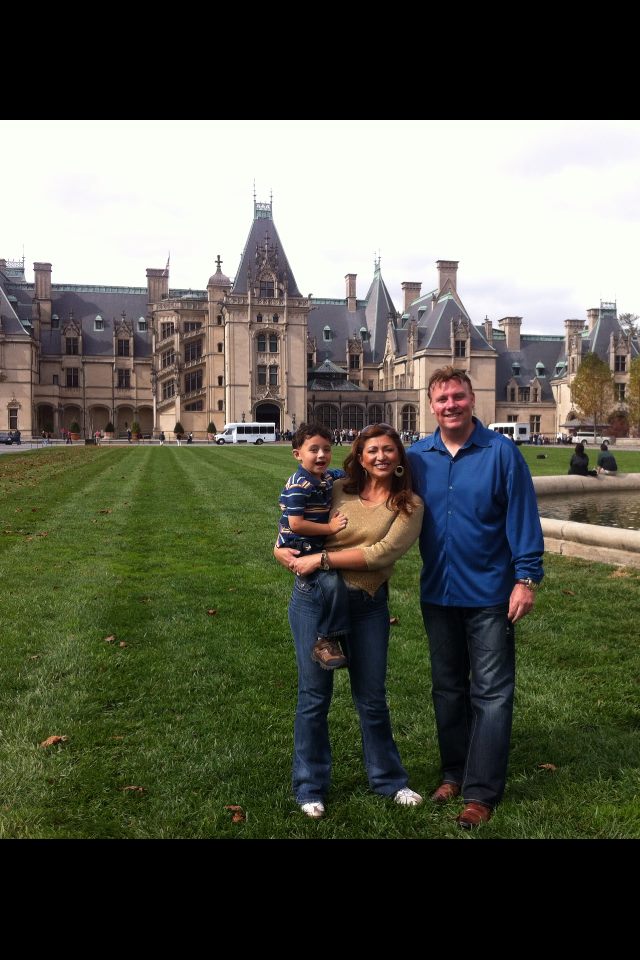