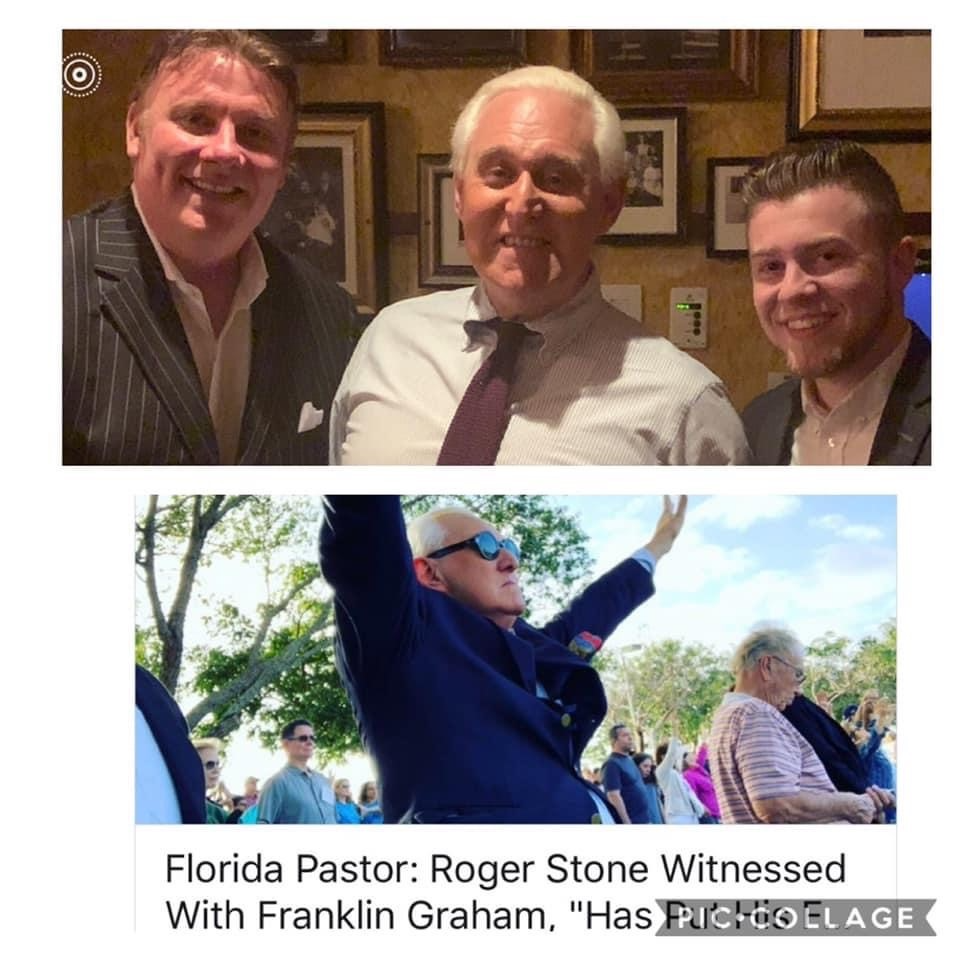 Several months ago my friend, Randy Coggins called me and said he had been ministering privately to Roger Stone. He told me he saw where Franklin Graham was going to be in Florida for his DECISION AMERICA tour and he was hoping to go to the outdoor service in the Sunshine State. Roger wanted to go as well and asked me if it were possible for me to connect them?

I knew the situation and the public controversy surrounding the issue but also knew how the FBI sent two dozen agents to arrest him on national tv. I was no longer on staff with BGEA but knew the heart of Dr. Billy Graham and that was to minister to others in the good, bad and ugly.

Long ago, I was taught to under promise and over deliver and I reached out to a dear friend and former colleague and asked if Franklin would have a few minutes to offer hope one on one with Roger at the Florida service should he come? Billy would counsel heads of state but also homeless and everyone in between. I knew he loved on those shackled in prison and also ministered to those in the news under less than stellar circumstances.

Ministry and leadership must look past self and try to help others (especially when they are hurting). I wrote a post years ago called “The Hinge.” A hinge is a very small (often hidden) part of a door. Ironically, they are not very expensive and often out of sight but doors don’t open without them. This is worth noting but the same design of hinge can be found in a janitor’s closet of a public school to the five inch thick doors that open into the Oval Office. While Randy was on the phone asking me to try to make the connection I felt the Lord leading me to be “a hinge.” The very next day Franklin’s team responded and he obliged and a week later Roger with the weight of the world on his shoulders went to the Florida service. I prayed that God would touch that capacity crowd but do a great work in Roger’s heart too.

That night just before the service to Franklin’s credit, he met with him for ten minutes and prayed with him. Later that evening, during the service Roger Stone with tears streaming done his face made a public profession and re-dedicated his life to Christ at the Franklin Graham rally. That pic is posted above and I believe the Associated Press ran with it. I was texted a pic that night afterwards of seeing Roger’s  hands in worship and it touched my heart. After hearing the Gospel, Roger Stone indeed found FREEDOM in Florida. The Gospel sets us free! Both Randy and Roger called me that night while leaving the prayer event from their car and they thanked me for the connection. I spoke with Roger for about ten minutes that night on the phone. It was very kind of them to call and say, “thanks.”

Many people may not agree but Jesus left the crowd to go after ONE. It was a privilege to speak life that night on the phone with them both and I’ve been praying for him and asked God to do a great work in his heart. Fast forward a couple months and Randy asked me to have a private meal in Washington earlier this year while he and Roger were coming to D.C. It was on the eve of Roger’s sentencing with he, his wife and a few of their friends at a small table in a nice restaurant on Capitol Hill. It was surreal to be at the table and I was just trying to be a blessing. I didn’t share anything on social media that night and as I left Roger thanked me again and shared Franklin had just personally mailed him a Bible. He was beaming ear to ear and was so appreciative and enjoying reading the Bible.

Recently, the President just commuted him and he’s not going to jail. When ministering to him I was not talking legally, politically but pastorally trying to speak LIFE not death. I know I am not perfect and the fact is all of us have dropped the ball and facing conviction to an unpleasant cell called Hell and we all need forgiveness, mercy and a pardon. Yes, I love ministering to public servants and lawmakers of both parties but looking way past politics and more at the heart we all need the grace of God and forgiveness found only in the Gospel. Looking back on the last few months and leading up to this almost Presidential pardon several people had a small role. Randy has been HUGE continually in Roger’s life and I just a small hinge and Franklin Graham sharing the Gospel reminding me of the Bible verse, “one planted, one watered but THE LORD brought the increase (1 Cor 3:6)!”

Recently, I have been asked to lay hands and pray over a communist President from Nicaragua and minister privately to this Republican commuted recently by this current American president but we all need grace and second chance. Praying again tonight for Roger and his family. The Gospel is “Good News!” Proud of my buddy, Randy who has been with him each step of the way and discipling him still today. Some of you know I have the honor to lead a weekly Bible study to politicians in the Dover, Delaware State Capitol each week when they are in session. I’ve shared for years, the Church has been great ministering to the poor but Christ also would have us to minister to the powerful. Ministry isn’t always glamorous and sometimes it gets muddy but the Living Water washes clean. May we all realize Jesus is our only Hope as a nation and world and true freedom is found in the forgiveness of God. An old adage says, “Leave no stone unturned” but thanks to God I am thankful that this Stone was overturned. 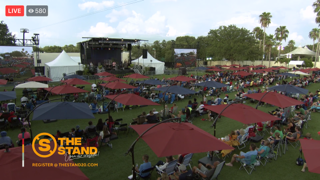 On the Fourth of July (2020), my dear friend, Pastor Rodney Howard Browne graciously invited me to preach at his HUGE event @ The River Church in Tampa, FL. No one does ministry like Pastors Rodney & Adonica! He has been such a blessing in my life and he took a bold stand for Christ and the Constitution. We can all learn from him and below is my message. My good friend, John Morgan (President George W Bush impersonator) was also present. Andrew and I had a blast and enjoy the message! The Bible says, “having done all STAND!” 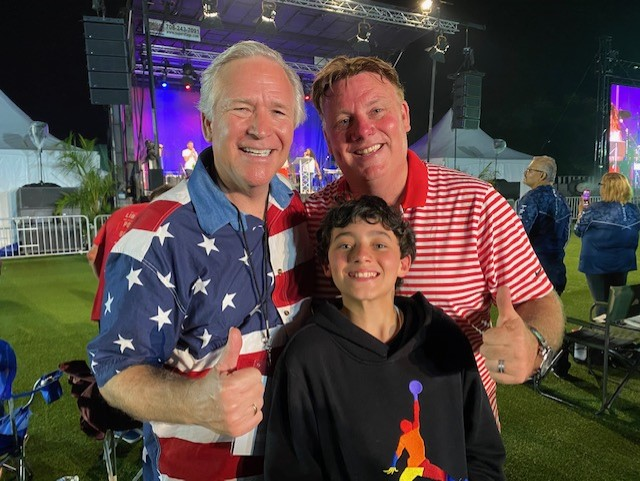