The past 30 days have been AMAZING! Exactly one month ago (Sept 7, 2013), I had the privilege to minister at one of the Wash D.C. Metro largest mega churches for IGNITE youth event at McLean Bible Church in their Manassas, VA campus. My dear buddy, Matt Brown hosted it and I was blessed to tag team teach, preach and reach with an awesome, anointed line-up. Joining us was Jefferson Bethke and that brother rocks for Jesus! His video “Why I Hate Religion but Love Jesus” has over 1 Million views!! 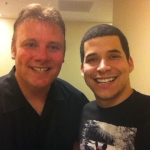 That evening, I drove 100 miles and returned for fourth time in three years and preached the next morning
(Sept 8, 2013) for my dear friend, Pastor Ken Card at Anchor Baptist Church in Mechanicsville, VA for their AM/PM service. One of the members shared with me two weeks prior that she hoped to bring her 60 year old sister and her prayer was she would give her heart to Christ. That morning I preached the Hope of Heaven and the glorious Gospel and her sister got SAVED!! She was one of SIX souls that were saved that day!

The very next week, (Sept 16-18) it was my honor to preach “Spiritual Emphasis Week” at Metrolina Christian Academy in North Carolina in the 2,300 seat sanctuary of Indian Trail Baptist. To say the Lord moved would be an understatement. FIFTEEN souls were saved and HUNDREDS flooded the altar. It never gets old seeing souls saved and stirred. Below are two pics what God did in our midst. After stopping by Elevation Church in Matthews, NC to say “hi” it was my honor to grab lunch with my dear friend and former World Wrestling Champ NIKITA KOLOFF. We had a time! 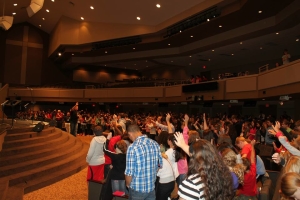 After catching my breath for two days, I caught a plane on Saturday, Sept 21 to Atlanta, GA and preached at Youth Rally that evening at Turner Civic Center in Sycamore, GA. My message was from Isaiah 40:31 “Are you Waiting on the Lord or is the Lord Waiting on you?” The house lights were up and couldn’t count how many received Christ but HUNDREDS flooded out of their seat and publicly vowed to remain sexually pure until marriage. GOD SHOWED UP! 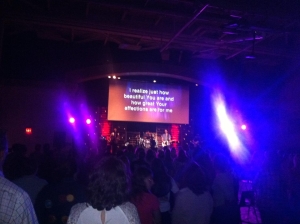 The very next morning, Sept 22, 2013, I preached both 8:30AM and 10:30AM service in Sycamore, GA. I was informed it aired LIVE on the radio and members of the church told me they just heard the Word while driving to church. I felt God leading me to change the message and I did and GOD ROCKED THE HOUSE. It was a standing room only crowd and EIGHT souls were saved but ONE HUNDRED and FORTY FIVE adults flooded the altar making various commitments to Christ for 11AM service alone. They have had my friends, David Ring and Jamey Ragle both in past and the pastor graciously invited me to preach their revival this coming Spring. Go God!

On September 28, I caught a plane to the Clinton National Airport and we stopped by the Presidential Library. Ironically, I had just flown in from Ronald Reagan National Airport in DC but just touched down at Clinton’s in Arkansas. While standing outside the Oval, my friends had me do my President Clinton impression and the security and staff there went WILD! They loved it!! One of my favorite parts of the White House and West Wing is not only the office that is oval but the American Bald Eagle embroidered in the carpet. It is not only the symbol of our nation but is majestic, mighty and made by God. It is the center of the room and smack center in the rug. It is a constant reminder of the grace of God and greatness of America. It is fitting the eagle is the also the Seal of the Presidency. 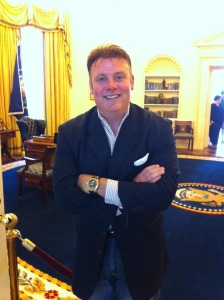 It was my honor to preach revival for my good friend, Dr David Preston. He is the senior pastor of First Baptist of Calion, AR and we met in London, England last year as fellow chaplain with Dr Sam Mings and Lay Witnesses For Christ. Pastor David booked me to preach Sunday, Sept 29 – Wed Oct 2, 2013 and as long as I live I will never forget what JESUS did. Pastor said he was convinced God wanted me to be their revival speaker and they prayed, prepared and promoted it for six months. With seven weeks out they prayed and fasted frequently for God to touch their church and community for Christ. On Sunday morning, pastor told me it was the largest crowd he had ever seen since being their pastor (including Easter, Christmas and funerals). That evening the attendance was larger than morning worship service. On Monday night the crowds came and they hosted a BBQ dinner prior to the event. Local pastors personally drove their church vans and brought their members to attend that service. The crowd on Monday night was SIX times larger than Sunday morning service!! That is shouting material right there!!! Over 100 people were stuck in the fellowship hall watching it on a LIVE tv remote. Souls were saved and the standing room only crowd came to the altar and God showed up! One 81 year old man gave his life to Christ.

Tuesday morning, I was invited by the Varsity Basketball Coach of Smackover High School to speak to their student body in a public assembly. God was all over it from the beginning and the crowd hung on every word! I shared three “Characteristics of a Champion: They’re CONFIDENT, COMPASSIONATE & CONSISTENT.” I talked about “No to Bullying,” Being a Leader NOT loser and being a Winner not wanabee. I quoted Coach Larry Medcalf “The difference between a CHAMP and CHUMP is “U.” Right after that assembly, I was asked to stay over and speak at the Fellowship of Christian Athletes (FCA) and I was allowed to preach to that group. God wrote the script and I was just delivering His mail.

Despite the pouring rain on Tuesday night the sanctuary was PACKED and my friend, Garland Wills whom is a deacon at FBC of El Dorado, AR told me he was bringing his 70 year old brother with hopes that he would give his heart to Christ. I met Garland in 1993 in Ridgecrest, NC and we have stayed in touch for last two decades. We have called each other “Ebony & Ivory.” Garland drove his brother that night and God used me to drive the message Home and his brother got SAVED!! Who would have thought going into the revival that the lowest attendance would be the Sunday morning service? Friends, JESUS is still in the soul saving business. Dr. Bailey Smith said: “It’s not that revivals don’t work, its that church members and too many clergy aren’t willing to work.” It is a TEAM effort! 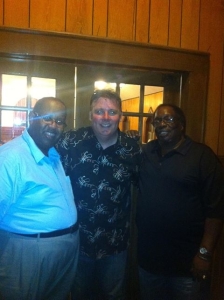 On Wednesday, Oct 2 I had an answer to prayer. My mentor from afar and hero of the Faith, Dennis Swanberg agreed to meet me in his office in Monroe, Louisiana while in the Bayou region. Early that morning, Greg and I made the 70 mile trek each way and arrived to connect with “THE SWAN!” We had corresponded several times over the years but finally connected. We filmed a “Frank & FRIENDS” video together and his impersonation of Billy Graham, Bill Clinton, Barney Fife and President Reagan are second to none. In a world filled with cubic zirconia’s that dear brother is the genuine article. Immediately, after our visit he was calling FOCUS ON THE FAMILY for a LIVE interview with Dr. James Dopson. 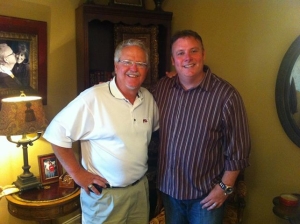 On the way out, he told us to go visit his friends down the street. No joke, he gave us directions to the headquarters of the NUMBER ONE tv show in America – “DUCK DYNASTY!” They have been friends for nearly 20 years and they are literally less than 10 minutes away. Without question, they are what their all QUACKED up to be! My friend, Michael English is hoping to have a cameo on one of their future shows. I’m trying to help a brother out 🙂 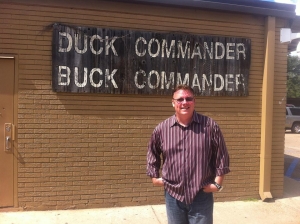 God continues to blow my mind and He truly can do above and beyond all we ask or think. It has been trains, planes and automobiles and this weekend preaching in Maryland and next weekend flying to Kansas City, MO but it really is an honor to watch God work. This month we saw HUNDREDS upon HUNDREDS respond publicly to Christ and even saw a 60 year old female and 70 and 81 year old men, respectively trust Christ as Lord and Savior. If you are not dead than God is not done! This month has truly been a blast and it was an honor to re-connect with an Eagle (Oval Office), meet in person “The Swan,” and see firsthand Duck (Dynasty) and get a BIRD’s EYE VIEW of seeing souls saved and hundreds get on fire for God. Praise the Lord!

BIRD’s EYE VIEW:
*Click picture to enlarge and see what God and Gospel did 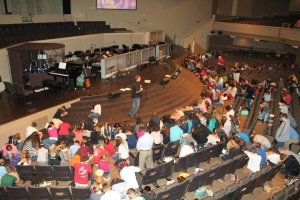